With the extensive development of the e-Games Town, Shangyu, China many of the local and neighbouring villages ceased to exist, forcing local inhabitants to move/search for new homes elsewhere. Bright Village situated in the south-west part of the Town has been already partially torn down which put the remaining villagers at unease and wide discontent about the oncoming changes. The development of the Town has prevented them from cultivating empty lots of land and consequently staying self-sufficient, which forced them to engage in guerrilla agriculture.

The site and social research conducted in the Village showed that by being marginalised, a significant part of the local people (young and old) don’t feel the need to engage with the Town. Although the Town offers and will offer many more employment opportunities for a variety of groups, the local factories situated just outside the regeneration area are still the main employer of the villagers. It’s evident that the links between the e-Games Town and the local villages are very weak, and for the benefit of both sides, it’s vital to address the issue as soon as possible.

In order to help the locals keep their homes and the lifestyle they are used to, the Re-Farm strategy enabling the interaction between the Town and the Village has been proposed. To test the idea of crops and cultivation as a platform for interaction and engagement of existing communities, the locals will be given an empty plot of land belonging to the Town for them to cultivate and possibly provide the local eateries with fresh produce. Thanks to its location, Re-Farm will give a variety of local audiences a chance to interact with the inhabitants of the Town on everyday basis. In return, the Town’s inhabitants will be invited to individually grow their own crops (on specially dedicated lots) through an online game. The crops will be then maintained and ‘updated’ by the villagers as the game progresses. The aim of Re-Farm is to bring to attention the role the games play in facilitating social change as well as the successful development of Shangyu as the nation’s capital of networked games. 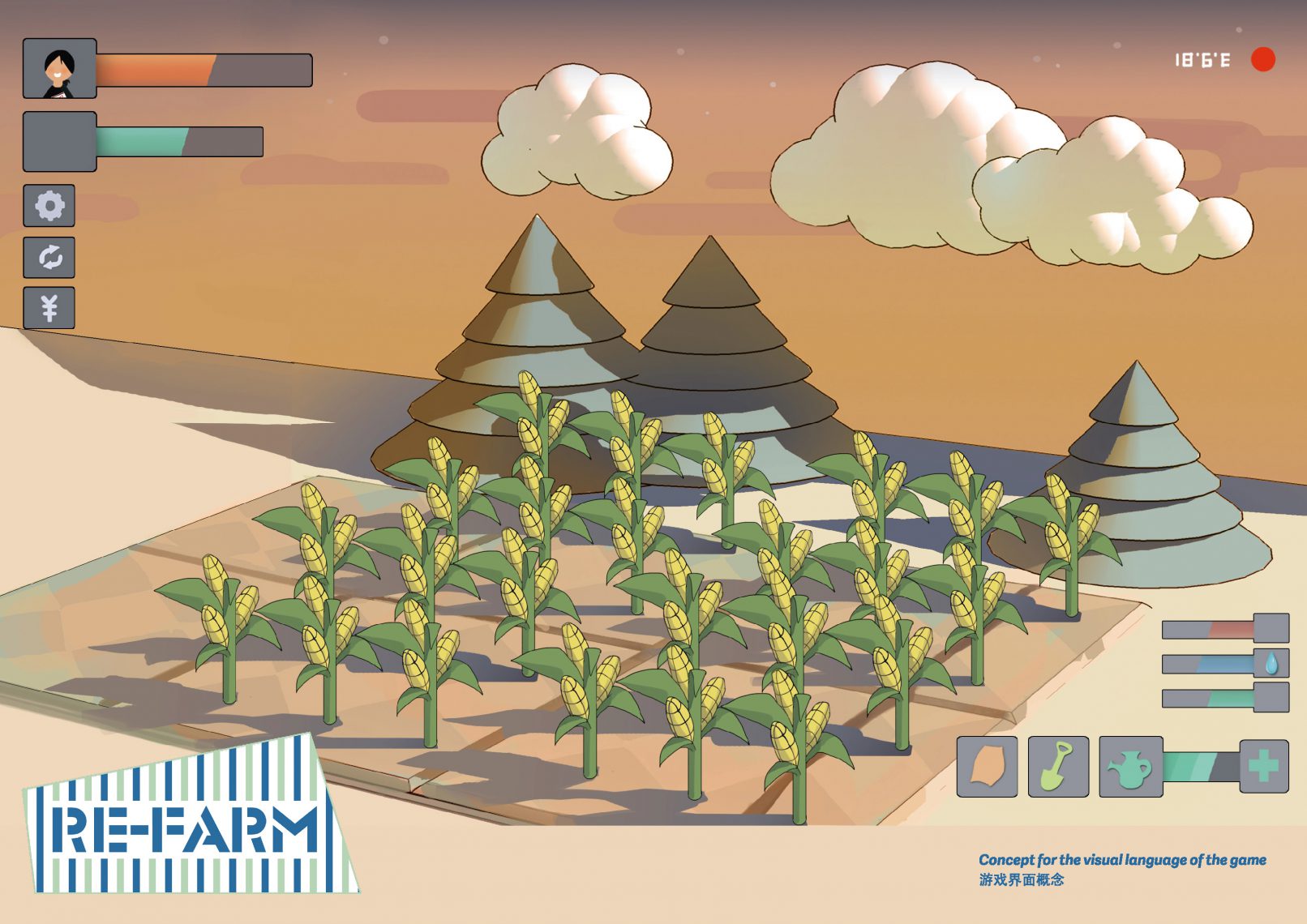 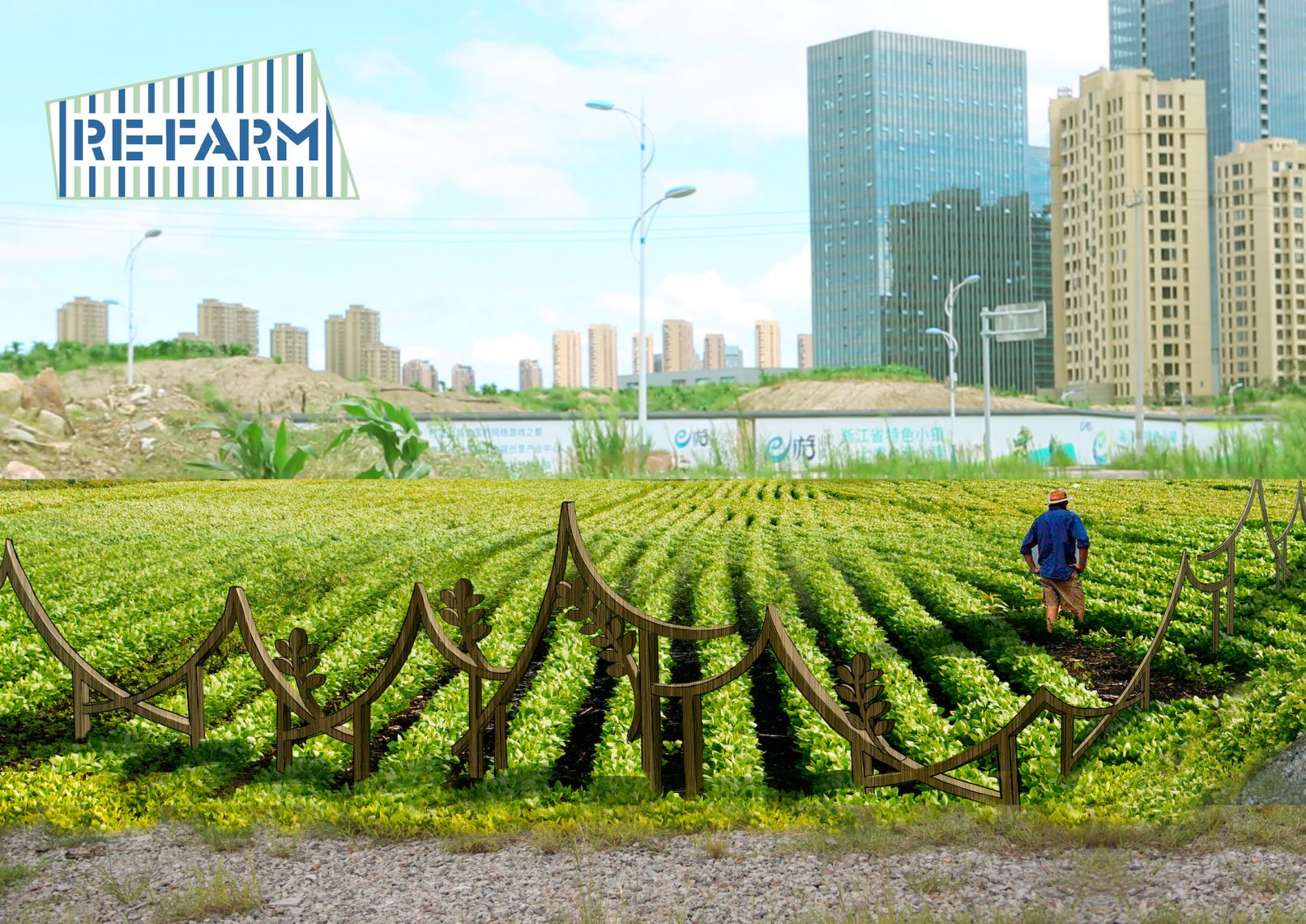 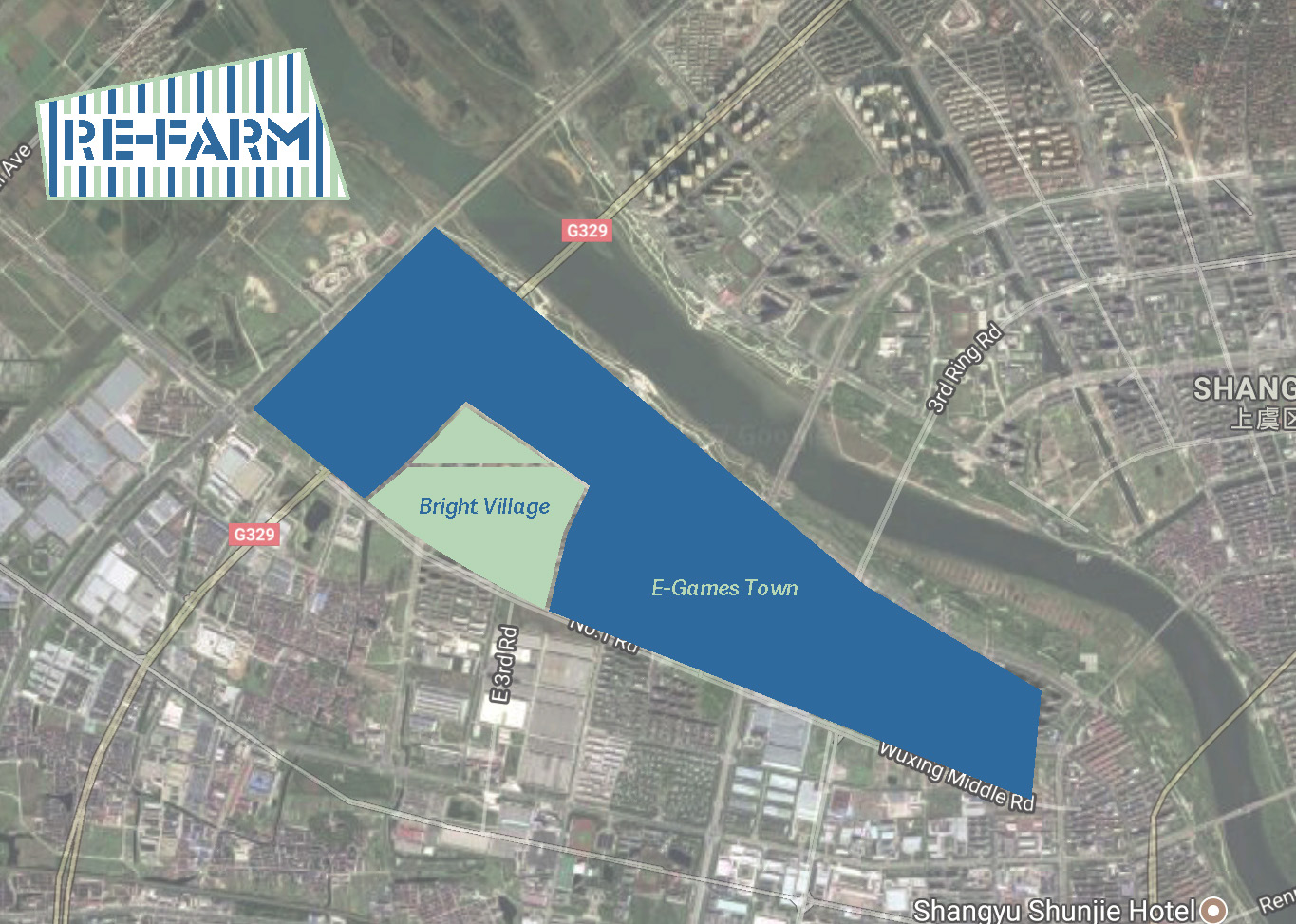 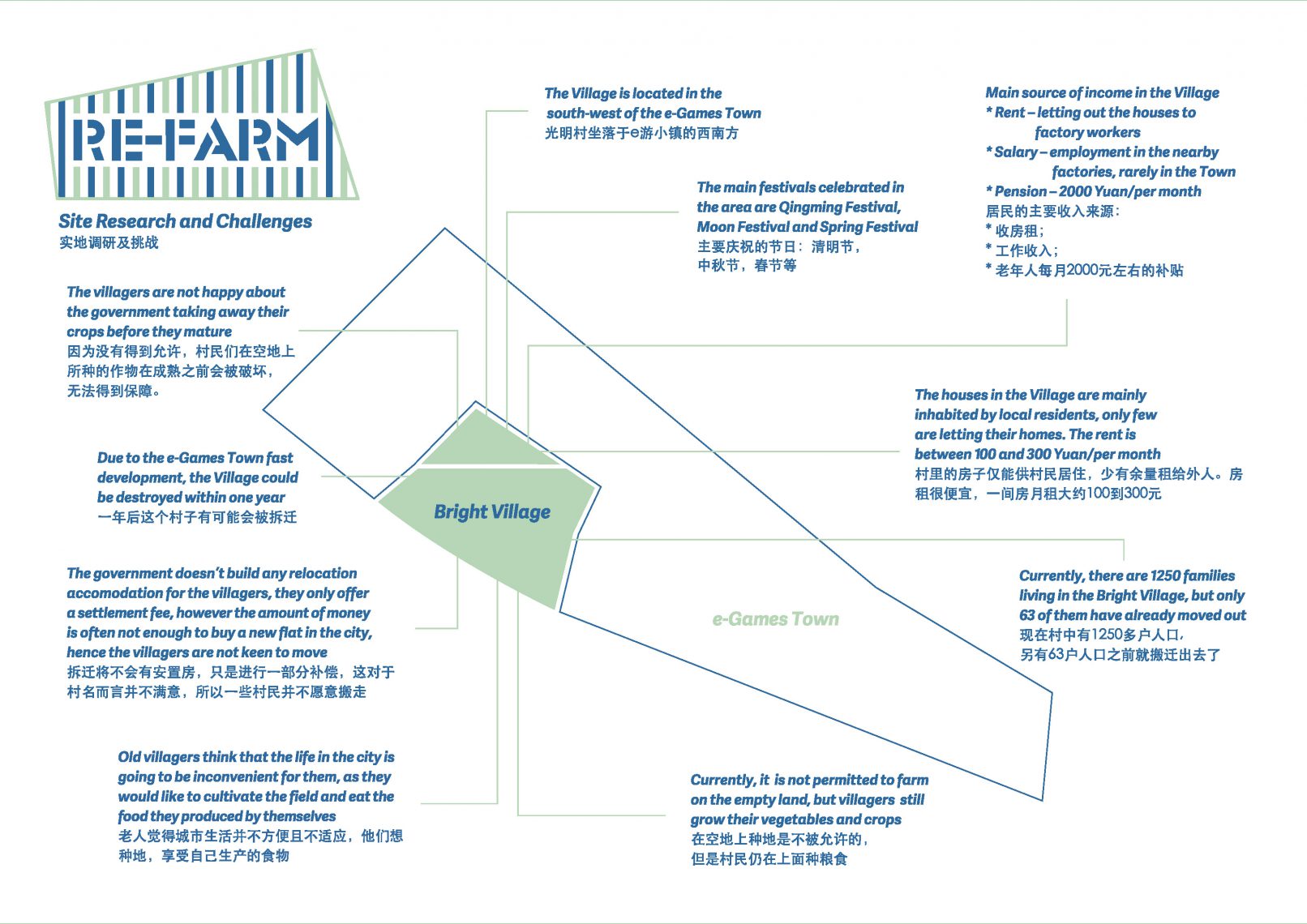 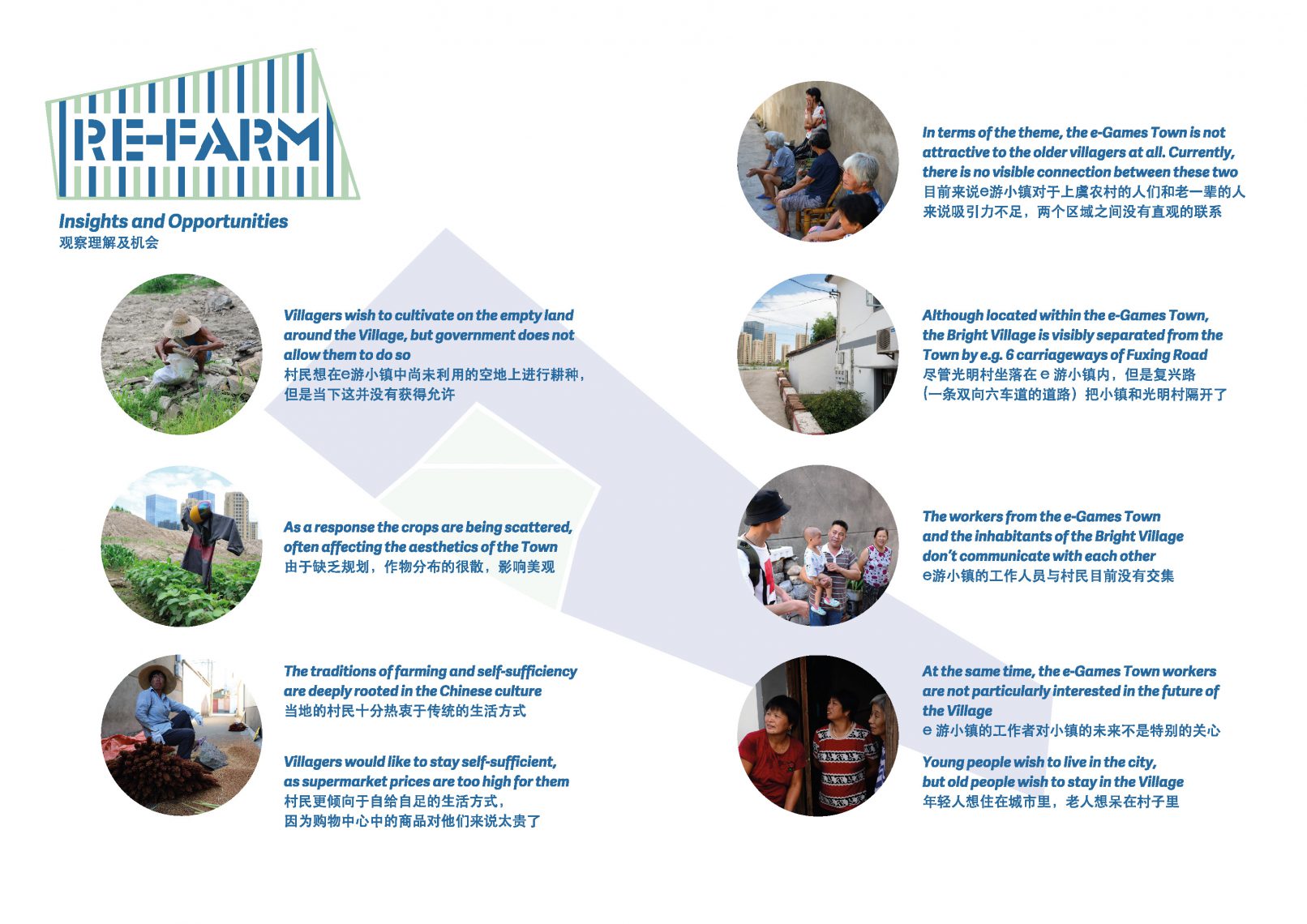 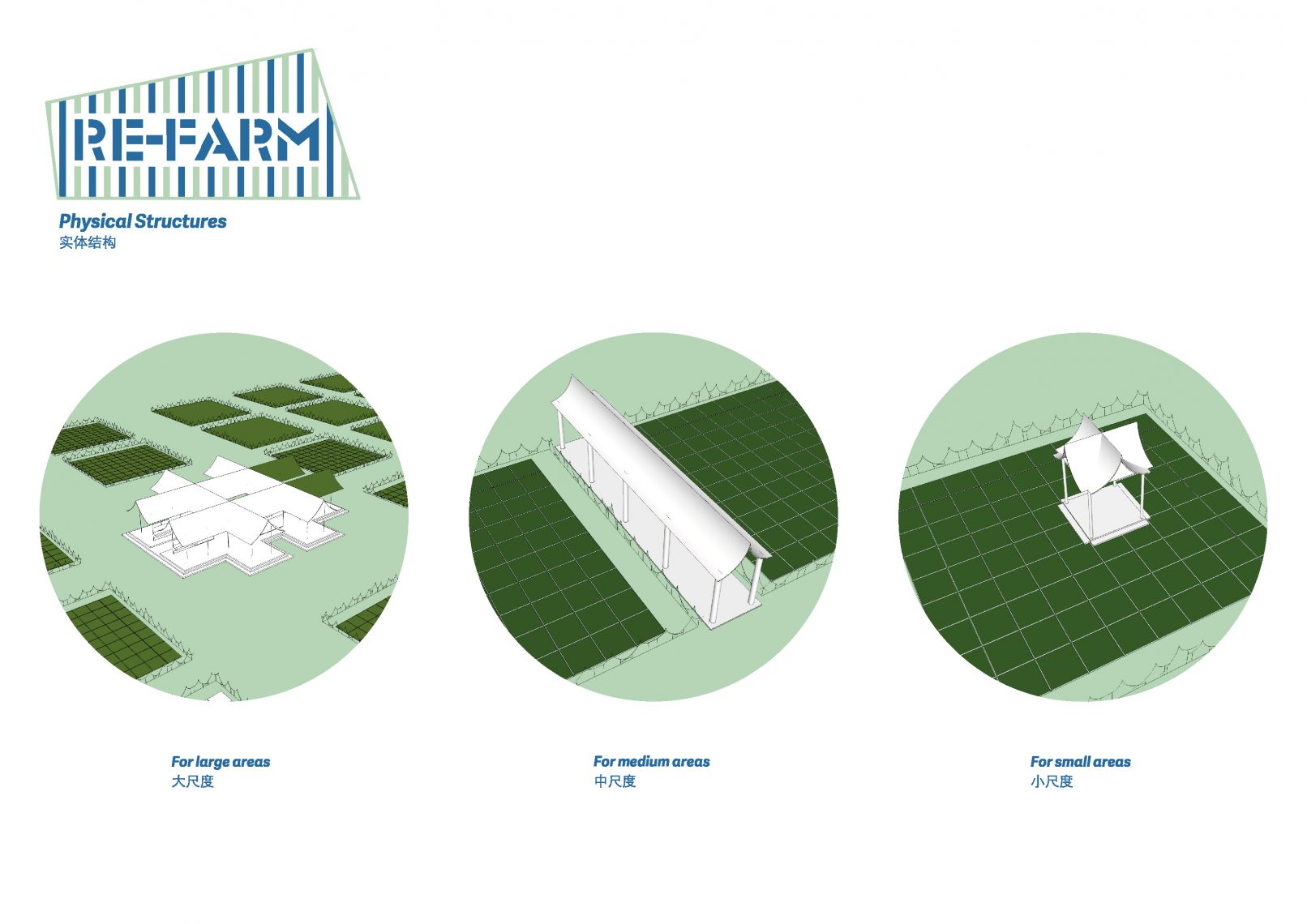 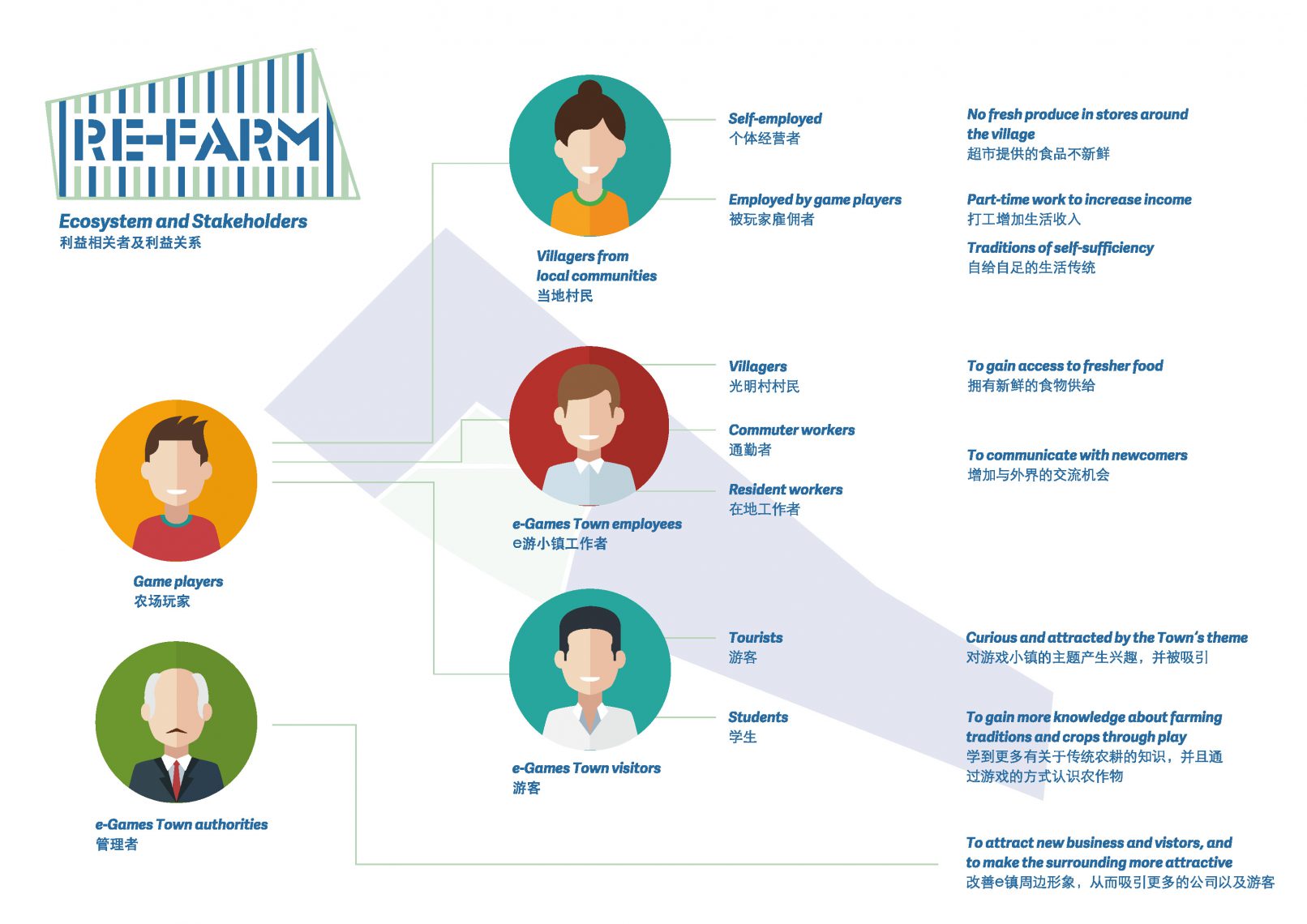 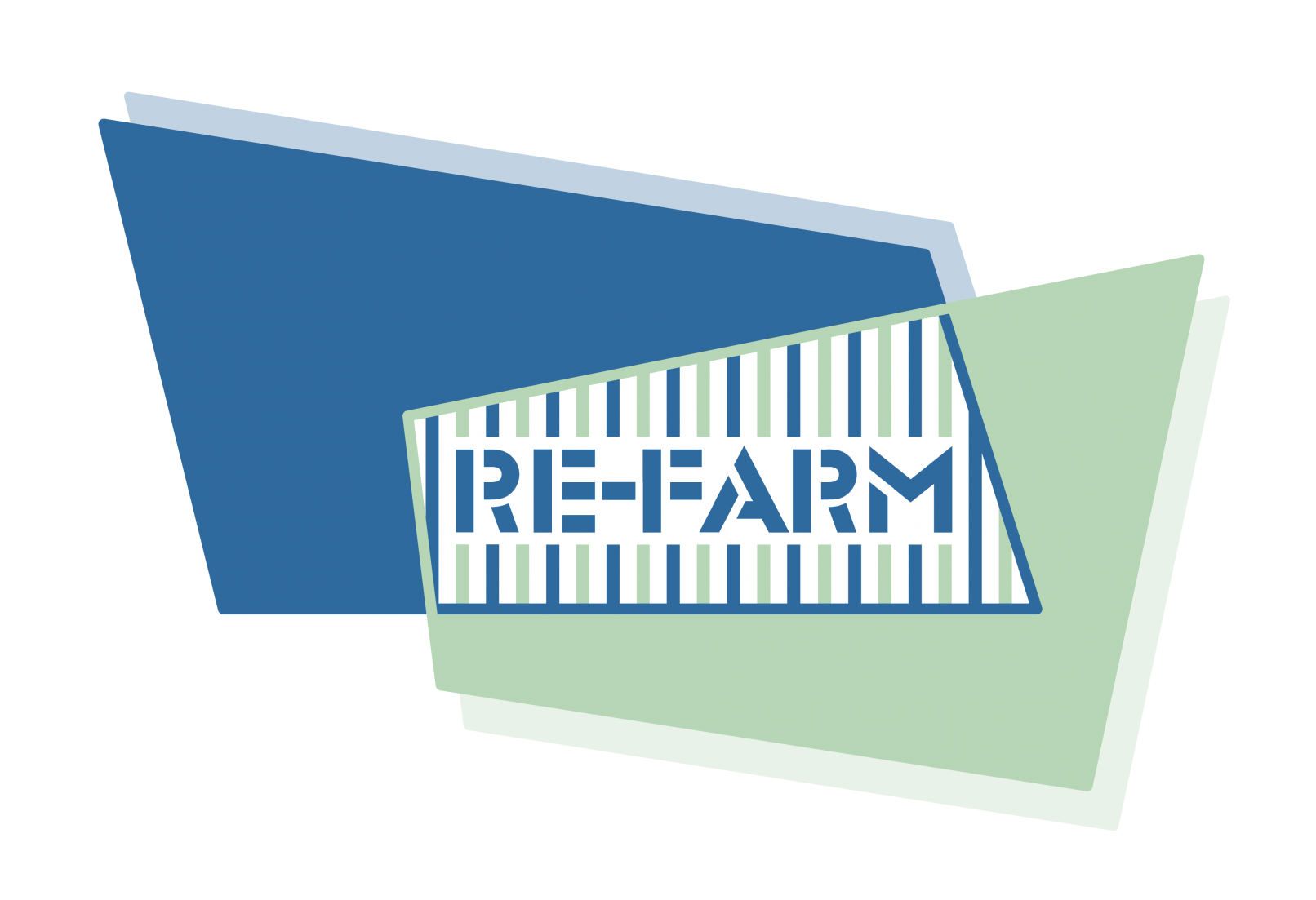